McCarter's new Artistic Director, Sarah Rasmussen, shares a glimpse of her plans for the present moment and her dreams of a joyful, inclusive future.

A virtual play festival presented in association with Round House Theatre

Hailed as “American theatre’s greatest and least compromising experimentalist” (New York Times), Adrienne Kennedy is one of the most prolific and widely studied living playwrights. Despite her outsized influence, three Obie Awards, and induction into the Theater Hall of Fame, Adrienne Kennedy is not a household name. This festival is a celebration of why she should be. Register today to join us for a series of creative and engaging virtual theatre classes for children, teens, and adults. Artistic Director Sarah Rasmussen hosts a new web series! Keeping social distance, we've invited a few guests from our community to join us in conversation on McCarter's front lawn. Tune-in each week as she interviews inspiring students, Pulitzer Prize-winners, local business owners, and everyone in between.

Thank you to all the patrons and McCarter Members who donated their tickets back to us or renewed their membership during this challenging time. Your generosity is greatly appreciated.

Make a donation and become a Member. 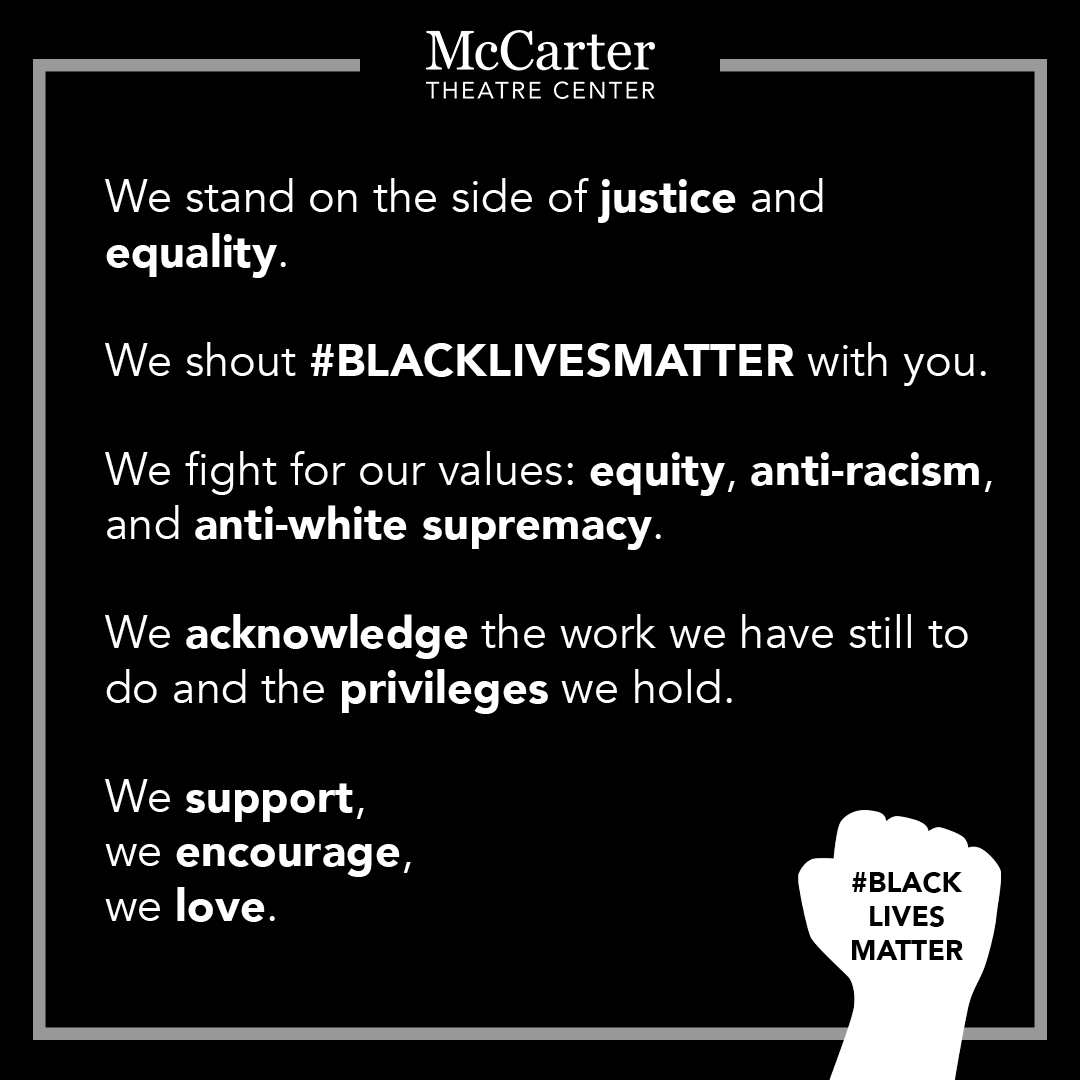 With a heavy heart, we have made the decision to cancel all in-person performances through January 31, 2021.