Kimani Isaac is a 20-year-old sophomore at Northwestern University in Evanston, Illinois, north of Chicago. She is a native of New Brunswick and 2016 graduate of the Theatre Studies Program at Middlesex County Vocational and Technical School. Beginning with McCarter’s 2014 production of August Wilson’s Fences, Kimani has been involved in numerous projects at McCarter.

We recently caught up with Kimani to discuss her arts education throughout high school, her projects at McCarter, and her experiences in college so far.

IN THE BEGINNING
My favorite part of any creative process is in the beginning. That time where everyone is sitting around the room and nothing is set in stone and there’s still time to explore, to throw out new ideas. At MCTVS (Middlesex County Vocational and Technical School) I remember working on a devised work called The S.T.E.A.M. Project, which involved taking the concepts of S.T.E.M. (Science, Technology, Engineering, and Math) education and creating theater pieces, adding the “Arts” to the core curriculum.

During the creative process, we had to extend the initial creative process because we spent so much time writing, and rewriting, and generating material in new and better ways. We made contributions to designs, to performance techniques, to the writing. It was so much fun to be able to explore, to have so much freedom. To not know what comes next.

PERSPECTIVE IS EVERYTHING
I came from a very drawing-based background in terms of art, because my dad is a graphic designer. He taught me so much about how art can be used to look at the world in different ways.

My high school experiences at MCVTS were, in many ways, a template for my college experience. Maria (Aladren, head of the Theatre Studies Program) is masterful at creating the conditions in which students can learn time management skills, prioritization, and how to take advantage of opportunities as they come. I use many of the skills she gave me about problem solving on the fly when I’m at work. Specializing in acting in high school also gave me skills that I use now when presenting or speaking at events on campus. I was recently on a panel in NYC for incoming first-year students and I was nervous, but my acting training kept me calm under the pressure. It reminded me that it wasn’t about me: it was about the people who needed to hear about my experience. 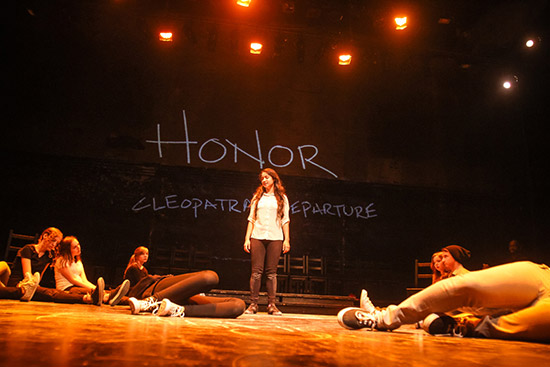 PROJECT FENCES
My first experience with McCarter Theatre Center was through a costume design contest for high school students, correlating to McCarter’s 2014 production of August Wilson’s Fences. High School and College students were engaged to create a costume design for the production, which would be judged by Emilio Sosa, the costume designer for Fences (and two-time finalist on Project Runway). It was the costume design contest for Fences. I had read Fences the year before as a freshman, and it was the first time I had connected with a piece of written theater. I really connected to it, because my mother is half African-American, and she has been very adamant about giving me that culture. Reading the play, I saw my family members. These were my uncles, my mom, my cousin. I sent in an application for the contest, and ended up winning! It was so unexpected. I was invited to opening night, and met (director) Phylicia Rashad, which was such an honor. It was one of the best nights of my life, being in the same room as so many amazing artists who had helped to build the show. It was really something special.

HEADING NORTHWEST
Applying for college was stressful, to say the least. You spend all of high school applying for college, building your resume, in a sense. Everything feels so immediate and you’re afraid of making the wrong choice. I had some general ideas on where I wanted to go but I really was at a loss on where to start.

After spending an amazing spring of 2014 as part of McCarter’s production of The Marriage of Figaro, I returned that summer for McCarter’s Summer Intensive Program, where high school students work with professional artists to create a brand new piece of theater. The production was The Anthony and Cleopatra Project, led by Tarell Alvin McCraney (recent Oscar-winning writer of Moonlight). 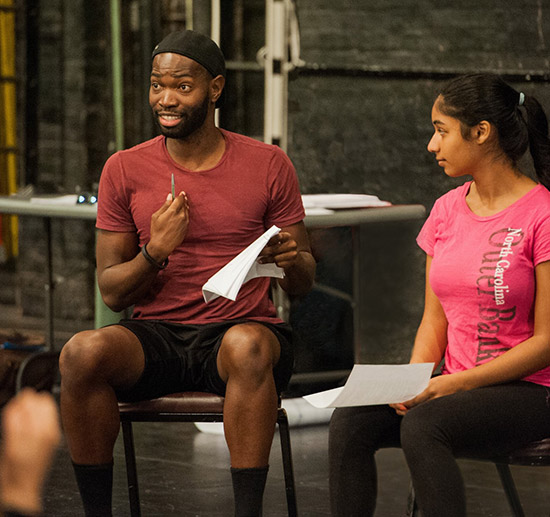 During lunch one day, a few days before the end of the program, I was sitting with Production Designer Christopher Ash and he asked me if I had ever heard of the Cherubs Program at Northwestern. He thought it would be something I would be suited for and interested in, so I applied, and was incredibly honored to be admitted. Through the experiences of the Cherubs Program and Questbridge, I was accepted to Northwestern with a full ride. It was unbelievable, because I hadn’t thought up to that point I’d be able to even VISIT some of the schools on my list due to the travel costs, let alone actually attend.

ADVICE
I know so many brilliant people I grew up with who could easily stand in my place. If I had to give one piece of advice to high school students looking towards college, let it be that you can always make the best of any situation. You have to work smarter, not harder. Working smarter means believing the advice of those who came before you. It means exposing yourself to different communities, especially the one you ultimately dream of being a part of one day.

Working smarter means leaning on your support network in sometimes uncomfortable ways, and it definitely means demanding more of yourself from the very first minute you begin your high school process. You not only need to believe you are capable of attaining your dreams, but be willing to do all the work it takes to make them reality.

A SENSE OF IDENTITY
I truly believe in the importance of access to the arts for children. I was reading an article in The Atlantic by Alana Samuels, where it discussed the value of “identity projects” or finding ways to use the personal interests and passions to springboard themselves into better opportunities. The arts are how I found myself. I think art is how a lot of people find themselves. It’s so important because art is part of who we are as a society. Art is grounding. It helps us to find out new things and explore who you are.

In my first two years of high school, I was in marching band. I wasn’t very good, but I marched and I was part of a band. You need that sense of community. The arts bring people together in a way more effective than anything I’ve experienced. We need art to help us understand where someone else is coming from, to learn empathy, to know how to listen to each other. And if kids don’t have that at an early age, that exposure to different perspectives, they may not grow up to be the people the world needs them to be. I don’t know who I would be without my experiences with the arts. 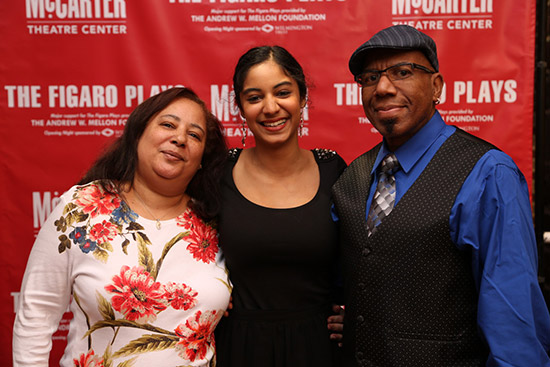 THE PRESENT, AND THE FUTURE
As I’m entering my second year at Northwestern, the arts are still actively present in my life. I just finished an extended research project on synesthesia, a neurological condition in which the senses get cross-wired in the brain, causing people to “taste shapes” or see black and white letters and numbers in color. My project was designed to see if paintings could be used as a teaching aid to help people without the condition understand what synesthesia is, since I was finding that there was a disconnect between the research around synesthesia and the public’s understanding of it.

I’m also currently working with Student Enrichment Services (SES), an office on campus that advocates for first-gen, low-income students, to see if something can be done about the cost of textbooks on my campus. I actually just recently had an article published in NorthbyNorthwestern about this. I’m also in a mentoring program with SES that has helped me find a home on this campus. These are only a few examples, there’s always another project, another new thing. 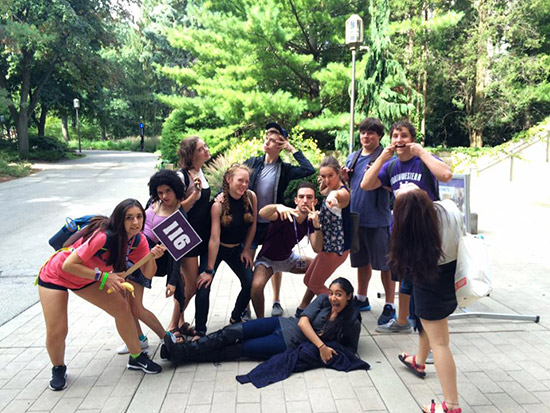 Looking back, I don’t know where I would be if I hadn’t had so many wonderful experiences at MCTVS and at McCarter. Life has a way of directing you to where you need to be, if you keep yourself open to new opportunities and are willing to learn.

I keep a very open line of communication with my family back home, and I really enjoy being out on my own at Northwestern. The first few times I visited, it didn’t feel so far away. It felt like an extension of home, an extension of community and family. Here I have more room. More room to explore, more room to grow. My experiences in the arts have given me a certain sense of freedom.

The possibilities are endless.