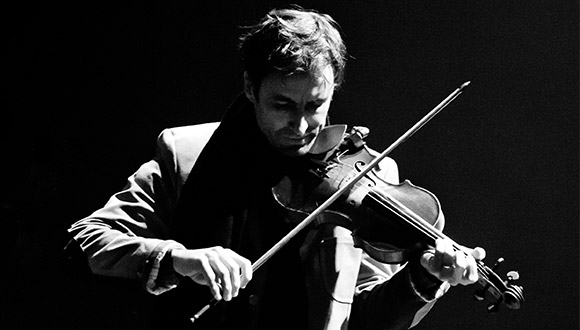 How do you describe an artist who defies description? Andrew Bird officially calls himself  “singer/violinist/whistler,” but in truth, he’s so much more-songwriter,  guitarist, filmmaker, composer, conceptual artist, blogger—a kind of “one man orchestra of the imagination” at home in the wide range of today’s indie cultural universe (or playing the glockenspiel). His past has included bands (Squirrel Nut Zippers, Bowl of Fire); CD albums (13 to date—the latest, last year’s Are You Serious?); art installations (Sonic Arboretum at New York’s Guggenheim); a Ted Talk; TV soundtracks (the FX series Baskets); op-ed contributions to The New York Times; a touring partner with The Lumineers (this past winter); and a Facebook Live series  (Live from the Great Room),  where he puts his creative process on display for fans as he performs. He’s written songs for Orange is the New Black, The Young Pope, and has even been the subject of his own feature-length concert documentary (Andrew Bird: Fever Year) .  Not bad for a Northwestern graduate from Chicago who says that at 22, he found a lot of indie rock and pop music repetitive and boring, but now ”understands it better.”

(Note: Bird is also a fervent advocate for Everytown for Gun Safety, and the tickets for his McCarter concert include a contribution to this organization).