Summer is the prime time for jazz festivals. They are almost ubiquitous, not only in this country, but around the world. In more ways than one, it is the summer festival circuit that keeps the world of jazz and its artists thriving, so I thought it was time for McCarter to join the club. In fact, McCarter has never hosted a music festival of any kind, so what better way to start than with jazz – and in our Berlind Theatre, which is in effect, our “jazz club,”  since the  economic base of the jazz world today (in addition to summer festivals) is the club scene, not the concert hall.

We have elected to dip our toe into the festival waters on a small scale, starting with the musical unit familiar to most audiences: the piano jazz trio.  Which is why our first festival incorporates four concerts spanning several generations of the format, and features artists who have made it their specialty. So, in chronological order:

The Bad Plus (June 8th) has seemingly been around forever (but not at McCarter since 2007), emerging in the early 2000s as a kind of post-punk band known for its pop cover and original compositions.  Its music always defied categorization, searching for rules to break, every concert a kind of sonic adventure. But the original trio was a model of cohesion and never played a gig with a substitute musician – that is, until this year. So it was big news in the jazz world when the group’s founding pianist, Ethan Iverson, stepped down after 18 years, and was replaced by Orrin Evans, a longtime icon of the Philadelphia jazz scene. Understandably, it’s been a big year for Evans, but he is no stranger to the jazz piano trio, since he’s been a band leader for over twenty years and has had his own trio, Tarbaby. The trio’s first studio recording with Evans, Never Stop II, was released earlier this year, but as the NPR critic Nate Chinen said, “It’s still The Bad Plus.” And will be on June 8th.

Joey Alexander (June 9th) made his debut here in 2017, already a legend at the age of fourteen (he will turn fifteen this summer!), and the word phenomenon is a misnomer when it comes to his prodigious talent. It started when he played for Wynton Marsalis at Lincoln Center in 2014 at the age of eleven. Prior to that New York debut, I had occasion to ask Wynton whom he thought was going to be the “next big thing” in the piano jazz world. His answer without hesitation? Joey Alexander. History has borne out his prescience; with three Grammy nominations already for his first three albums, Joey has just released his fourth CD, Eclipse, this spring (recorded on the day of the Solar Eclipse in 2017). One’s mind continues to boggle – there is no better word – and there would seem to be no limits to his future.

Christian Sands (June 14th) is a relative newcomer to the jazz piano ranks, but at age only 28 he is quickly making his mark, with five Grammy nominations already. And what better mentor could you have than Christian McBride, with whom he toured for six years as his pianist. It was McBride who first alerted me to Sands and said that he was on the cusp of breaking out on his own in a big way from his generation of jazz pianist colleagues, not only as performer but also as composer, “so get him while you can!” And in fact, Sands’ debut CD, Reach, mostly contains his originals, several of which you will probably hear on June 14th. But in addition to everything else (and of particular interest to me), is his new stewardship of the Erroll Garner Jazz Project, succeeding his mentor the late Geri Allen in overseeing Garner’s recording legacy. Erroll Garner (whose Concert by the Sea is the stuff of legend) was the first jazz artist I ever presented at McCarter. That Christian Sands is providing a sense of continuity to one of jazz music’s most enduring (but oft forgotten) keyboard giants is welcome news, especially for those of us for whom Concert By the Sea (followed soon by Dave Brubeck’s Take Five)  is where it all began.

The “anchor” of our quartet of Jazz in June artists is Fred Hersch (June 15th). It is all too easy to call him an “eminence” of the field; so high in the esteem of his colleagues is he held. And far from aspiring to membership in the pantheon of jazz royalty, he is the pantheon, which explains why I determined early on that his participation in our inaugural festival was essential – it’s where you start. I’m an idolatrous fan of Keith Jarrett (who regrettably has never been at McCarter), but Fred is the only other solo jazz pianist who can claim a similar place. And having recently  spent several nights last month watching LeBron James in the NBA semi-finals, it only confirms what Fred’s fellow pianist Jason Moran once said (with apologies to Steph Curry): “Fred at the piano is like LeBron James on the basketball court: he’s perfection.” And like The Bad Plus (up to the arrival of Orrin Evans), he’s had the same long-running trio for years: John Hebert and Eric McPherson - the essence of stability in a world where “sidemen” (which I always find a singularly inappropriate term) are a moveable feast. Fred’s latest solo CD Open Book finds him a poet at the piano, and its title is serendipity itself, since he is also an author. His 2017 memoir, Good Things Happen Slowly: A Life In and Out of Jazz, is the story of the first openly gay, HIV positive jazz player, a Jewish kid from Cincinnati who emerges from a two-month coma to resume his place and stature in jazz’s highest echelon. Talk about courage.  All About Jazz said it best: “When it comes to the art of solo piano in jazz, there are two classes of performers: Fred Hersch and everybody else.” 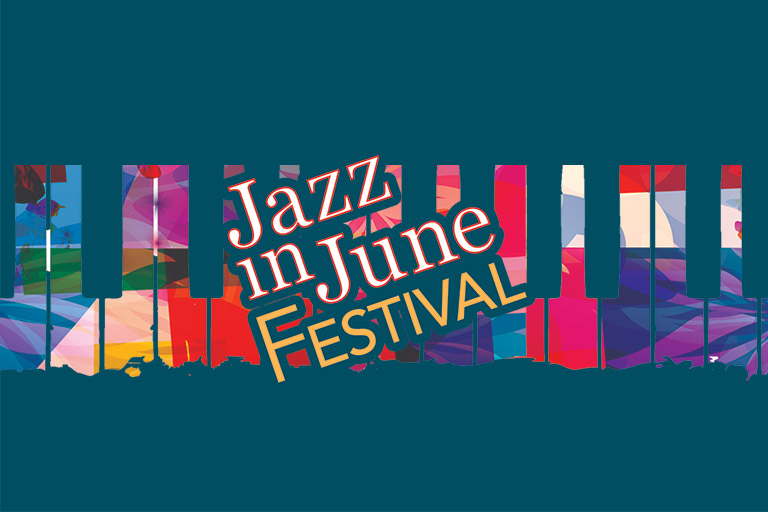