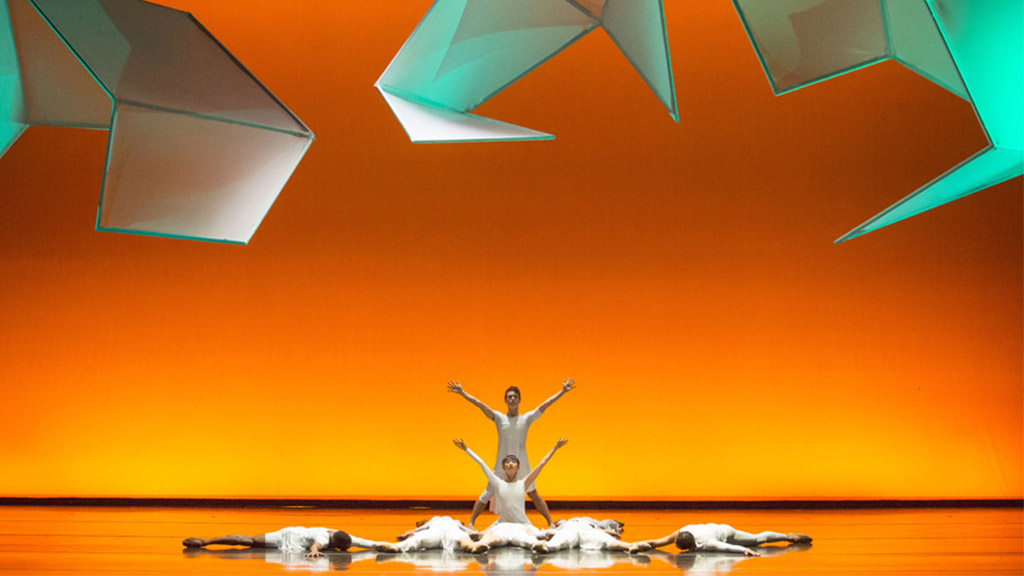 Female choreographers are making big changes in the world of dance, and leading the charge is Jessica Lang, who brings her company to the Matthews stage on November 16. Lang is arguably one of the most important choreographers to emerge since the days of Twyla Tharp (for whom Lang was a former dancer). She has been creating groundbreaking dance for 20 years. McCarter dance audiences may remember The Wanderer, which she brought to the Berlind stage in 2016, set to Schubert’s song cycle Die Schone Mullerin. And just two weeks ago American Ballet Theatre premiered her 102nd work: Garden Blue.

A common theme in much of Lang’s work is the integration of design, music, and dance — she is as interested in imagining shapes and compositions on stage as she is in combining bodies, music, and steps with an architectural element.

This applies to the major work of her upcoming McCarter performance, Tesseracts of Time, which is in collaboration with Steven Holl, the architect of Princeton University’s Lewis Center for the Arts. Divided into four sections, Tesseracts (unofficially subtitled “A Dance for Architecture”) is Holl’s representation of buildings and their relation to the ground: they can be on it, under it, or over it.

Lang’s program will also include Thousand Yard Stare, a somber work set to the adagio movement from Beethoven’s String Quartet No. 15. Its title is a reference to the lingering trauma that combat veterans can suffer from the rituals of war — Lang pulls no punches with this tough yet powerful work. When I first saw Thousand Yard Stare in a workshop production, I was determined to bring it to McCarter. It represents Lang’s individual voice at its highest point, illustrating her mastery of visual composition and her gift for conveying emotion with simplicity and power.

We are pleased to welcome Jessica Lang and Steven Holl at this McCarter performance. Join us for a post-show conversation on Friday, November 16 as they discuss the relationship between architecture and dance. Tesseracts of Time (and other works)

Master of visual composition Jessica Lang brings a program including her collaboration with Steven Holl, architect of the Lewis Arts Complex at Princeton University.