Reflections: Will Cobbs on Detroit ′67

Will Cobbs, playing “Sly” in McCarter’s production of Dominique Morisseau’s Detroit ’67, recently sat down with us to talk about the production, his musical loves, Detroit roots, and much more. 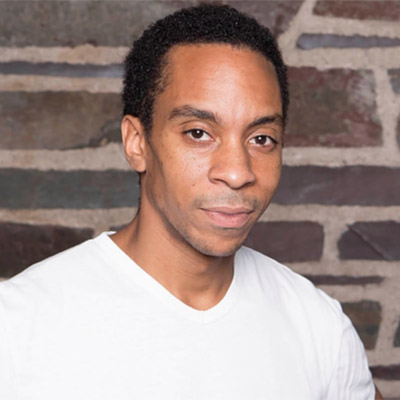 If Detroit ’67 is about anything, it’s about hope, love, and bull-headed optimism.

I grew up in Southfield, which is part of the Detroit metro area. My dad (recent gubernatorial candidate Bill Cobbs) is a native Detroiter, and was living in the city during the 1967 riots. From his youth to the present day, he has seen the progression from where Detroit was heading, where it is today, and where it could go in the future.

Detroit has had a lot of “abusive husbands”…people taking advantage of situations over time. Despite that, though – and this is one of the things I see reflected in the play – is a spirit of love and optimism, and the possibilities that tomorrow can bring. Detroiters, through and through, are all about that. Some of us might talk negatively about our city behind closed doors…but I dare you talk stuff about Detroit in front of somebody who’s from there, trust me – it will not go unanswered. There’s a tremendous amount of pride and belief that things can, and inevitably will, get better.

My father has had a series of life changes over the past ten years, the biggest being his heart transplant in 2011. Since then his awareness of the world around him, his desire to positively affect change and spread love, grew exponentially. It culminated in clarity of vision. Michigan needs strong, ethical leadership. He wanted to be that, and still wants to serve in as many ways as possible. I don’t know if he would have that worldview if it wasn’t for being a transplant recipient. To literally have someone else’s lifeblood pumping through your veins, it will definitely change your perspective.

I first worked with Dominique Morisseau and Jade King Carroll on Autumn’s Harvest at Lincoln Center. Dominique is one of my dream playwrights because she’s from my city. When I read her plays, I know these people. There’s a musicality, a rhythm to her work that’s distinctly Detroit. Her characters and the way they move, it sounds like home to me. I’m deeply honored to be a part of this show, and this legacy. After this, my dream now is to do this show, or Skeleton Crew, at home in Detroit.

This cast is an amazing, beautiful group of human beings. Finding a group that connects this well doesn’t always happen. I feel blessed to be sharing this stage, and these words, with this group of people with Jade at the helm. I trust all of them implicitly. Jade is a truth teller and a truth seeker, at all costs. That “leads” me, and is what I find interesting. The performance needs to come from a place of truth. If you speak the truth, everything else falls into place.

Erykah Badu’s first album, Baduizm, was a hugely pivotal album and musical experience for me. It definitely changed the way I listened to music, and it changed my requirements for what was going to be good music. Sonically and lyrically it pulled and challenged so much for me. It was something completely new and somehow timeless, and demanded growth from you both with regards to artistic appreciation and social awareness.

“I’ll Be There” by The Four Tops is definitely my favorite moment in the show, and one of my favorite songs in the show. Before working on this show, it was a song I didn’t appreciate nearly as much as I do now. The song starts out one way and ends up somewhere completely different. It’s a shift that didn’t catch me when I first heard it years ago, but now in the lens of working on this show it’s demanded a deeper, more involved listening. Motown was doing something really powerful for people. That song, lyrically, has this depth…this deep need going on, but at the same time it is set to this driving rhythm that’s “up”. So much of Motown is about saying “get up! get up! Where ever you are: Get. Up.” I see that reflected in this show. You get up. If you get knocked to the ground you get right back up again.

I’m a practitioner of muay thai boxing, since around 2005. My muay thai growth and my growth as a professional actor have gone hand in hand. Actors talk about what it is to “be in the moment”. There’s nothing more “in the moment” than being in a fight. If you’re thinking about what you hope is going to happen, you’re going to get hit in the face. If you’re thinking about what just happened, you’re going to get hit in the face. You have to be right there, right then. There has to be a certain surrender to anything that can happen in order to have any hope of controlling what will happen.

It demands attention, but you have to let go at the same time. That particular lesson was huge for me when it comes to my acting practice. Whether in the boundaries of a ring, or a stage, you need to learn to let go to be fully in the moment.