McCarter Theatre Center finds the right fit both on and off stage for Crowns. 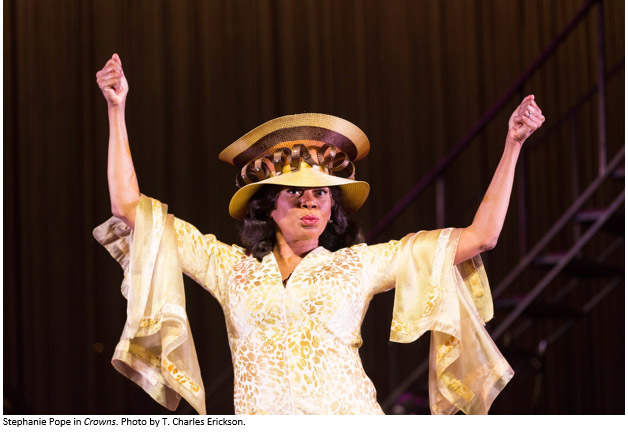 “In church you see people’s best and their worst- Some spend their last dime Like the woman who works at the family dollar- She would sashay down the aisles wearing her best styles seen how  she wants to be - Not like on the street if she’s seen at all –Invisible.”
-Yolanda, from Regina Taylor’s Crowns

For African-American women, the hats worn to Sunday services are more than just a fashion statement. Historically, women of color had few outlets for creativity given the physical and societal shackles placed upon them during the eras of slavery and Jim Crow.

After a full week of having to fulfill someone else’s expectations, Sunday offered women a chance to look and feel their best in worship. For all in attendance, these ladies are elevated before the Lord, becoming queens with their own crowns. In Regina Taylor’s Crowns, a collection of “hat queens” (owning more than 100 individual hats) lay down a series of guidelines to follow.

“A lot of women can plop a hat on their head, but they can’t carry it off unless they have the attitude to go with it.  That’s what I call “hattitude.” Hattitude is something you have to possess in order to wear a hat well.”
– Velma from Regina Taylor’s Crowns

The 15th anniversary production of Regina Taylor’s Crowns at McCarter Theatre Center is a revival celebrating a powerful work of theater. This particular production creates powerful bonds beyond the proscenium arch, and in the process a real life hat queen made an indelible mark on the show.

In the months leading up to the 2018 production, staff members across all McCarter departments explored ways in which the message of Crowns could connect with McCarter’s core value of meaningful community engagement. Two separate ideas converged to change the entire look of the production.

Mirroring the landmark book by Craig Marberry and Michael Cunningham on which the production was based, McCarter and the Arts Council of Princeton began work on “Local Women in their Crowns” - a community initiative using visual storytelling and photography to capture portraits and the shared stories of black women of all ages and backgrounds in their church hats. Trenton-based photographers S. Bola Okoya and Bentrice Jusu worked with 17 women from the Mercer County area, conducting four portrait sessions at McCarter. 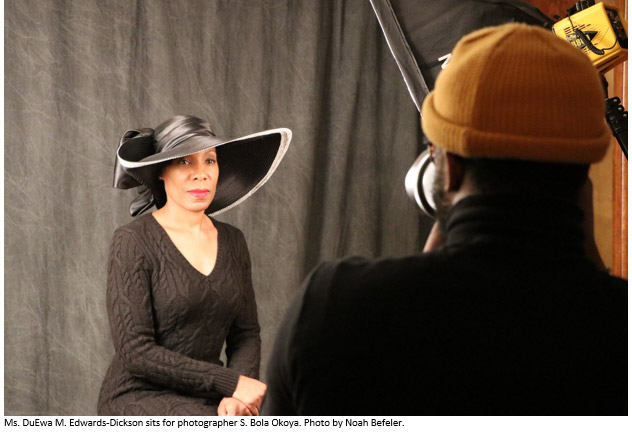 At the same time as the “Local Women” project was getting underway, McCarter was also searching for a local milliner to set up a display of hats in the McCarter lobby. Recalling a July, 2017 article in The New York Times, staff reached out and struck up a conversation with The Rev. Georgiette Morgan-Thomas, the owner of Philadelphia-based American Hats LLC who agreed to create a number of displays for the lobby.

After meeting with Rev. Morgan-Thomas, it was decided that she was also a natural addition as a photography subject for the “Local Women in their Crowns” project. What happened next would change the very look of the production onstage.

“As a little girl, I’d admire women at church with beautiful hats.  They looked like beautiful dolls, like they just stepped out of a magazine.  But I also knew how hard they worked all week.  Sometimes, under those hats, there’s a lot of joy and a lot of sorrow.”
– Velma, from Regina Taylor’s Crowns 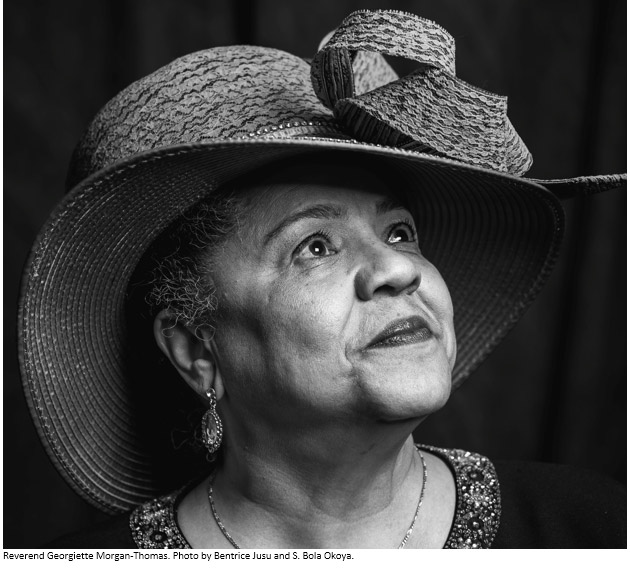 A week before preview performances began in early March, McCarter Costume Shop Manager Cynthia Thom was busily guiding her staff through the build of the Crowns costume design, created by Emilio Sosa. With time running short, Thom was uncertain there would be time enough to create all of the looks necessary for the final production. Intrigued to hear about Rev. Morgan-Thomas’ story and her company, she quickly travelled to Philadelphia to visit the factory. Blown away by the artistry and level of skill on display, she returned with Mr. Sosa in tow to see the facility for himself.

After a short tour and design meeting, Mr. Sosa dropped many of his own plans and with Rev. Morgan-Thomas chose a selection of hats direct from the assembly line to be featured in the show. By the time previews began, approximately 75% of the hats appearing in Crowns were sourced from American Hats, LLC. 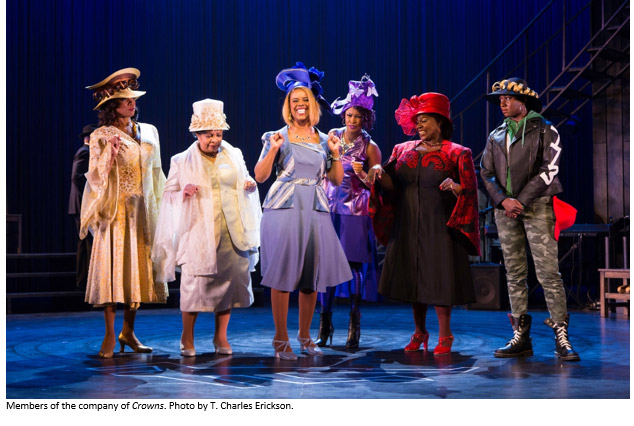 By opening night the production sported a very different look than originally envisioned, all thanks to local connection and outreach. What started as an interdepartmental brainstorming session on community connections blossomed into new relationships and a deeper connection forged with others in the local community.

For director Taylor, this is no surprise. Rather, it is a prime example of Crowns community message put into practice.

“Crowns speaks to us about the tenacity of the human spirit. How we get through dark times. It’s about how we grow together, learn from each other, and support each other.”