The Powerhouse Women Behind Detroit ‘67 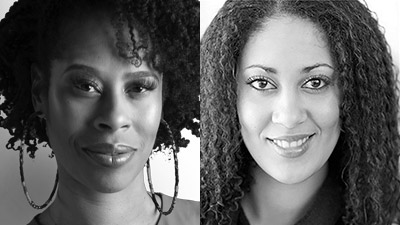 “As a director, I need to know why a story is important. Why does this story need to be told now?”
—Jade King Carroll

In the early days of December of 2012, McCarter hosted a developmental reading of a new play by Dominique Morisseau entitled Paradise Blue. Directed by Jade King Carroll, the play-in-process was the second in Morisseau’s Detroit Trilogy and the follow-up to Detroit ’67 which, at the time, was about to have its world premiere in New York City. This season, Morisseau and Carroll will reunite here six years later for a production of Detroit ’67. McCarter is thrilled to welcome both artists back to this theater, and to have the opportunity to introduce Morisseau’s important work to a wider audience.

Morisseau, who grew up in Detroit, was inspired to write a collection of plays that explored the city’s history at three distinct moments in order to both discover more about Detroit for herself and to shed light on the multifaceted nature of a place that is often negatively characterized in the public consciousness. Morisseau’s profile has risen in the years since the McCarter reading of Paradise Blue; in fact, the final play in her Detroit Trilogy, Skeleton Crew, was on the list of top ten most-produced plays in the American theatre for the 2017-2018 season.

Carroll has a long history at McCarter; she first came to the theater with her father, Baikida Carroll, who is a longstanding friend and collaborator of Artistic Director and Resident Playwright Emily Mann. In 2005, Carroll returned to McCarter after graduating college as the Directing Intern for the 2005-2006 season, where she worked as an assistant director and producing assistant on mainstage shows including August Wilson’s Gem of the Ocean and Christopher Durang’s Miss Witherspoon. Since then, her professional career has taken off and she has directed at regional theaters across the country, including three productions and numerous readings of Morisseau’s plays.

After Carroll’s lauded productions of The Piano Lesson and Intimate Apparel delighted and moved McCarter audiences in recent seasons, Detroit ’67 is an especially exciting homecoming. With Carroll’s dramaturgical background, her focus on history, and her facility working with actors on nuanced dialogue and character relationships, she is the perfect director to bring Morisseau’s sharp, detailed, and rich writing to life on the McCarter stage. NO MATTER WHAT HAPPENS OUTSIDE, YOU ALWAYS HAVE FAMILY.

It’s the summer of 1967, and the songs of Motown are breaking records and breaking barriers. Chelle and her brother, Lank, are running an unlicensed after-hours joint out of their basement. Pent-up emotions erupt, and they must navigate the chaos both outside and within.