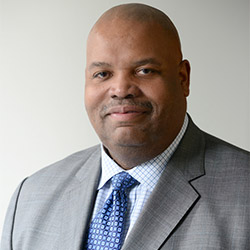 Mr. Browne is widely known as “The Godfather of ETFs” because of his influence helping bring to market nearly 25% of the ETFs listed in the United States. ETFs, a basket of marketable securities that typically tracks an index and can be traded like stocks, now account for about 30 percent of the daily trading value on US Stock exchanges. Mr. Browne’s team is one of the biggest market makers in the ETF industry.

Mr. Browne has more than three decades of Wall Street experience. Prior to joining Cantor Fitzgerald, Mr. Browne was managing director, co-global head of the ETF Group at Knight Capital Group. Earlier he was a senior vice president and co-head of the ETF Group at Newedge USA, a division of Societe Generale and Credit Agricole CIB. He also worked at Susquehanna International and O’Connor and Associates, a predecessor firm of UBS.

Mr. Browne earned his Bachelor’s of Business Administration from La Salle University, where he currently serves as a trustee. He also is a trustee of The Pennsylvania Academy of the Fine Arts and McCarter Theater in Princeton NJ. In January 2015, Mr. Browne was appointed to the Equity Market Structure Advisory Committee advising the Securities and Exchange Commission on industry views on the future of US Equity Markets.