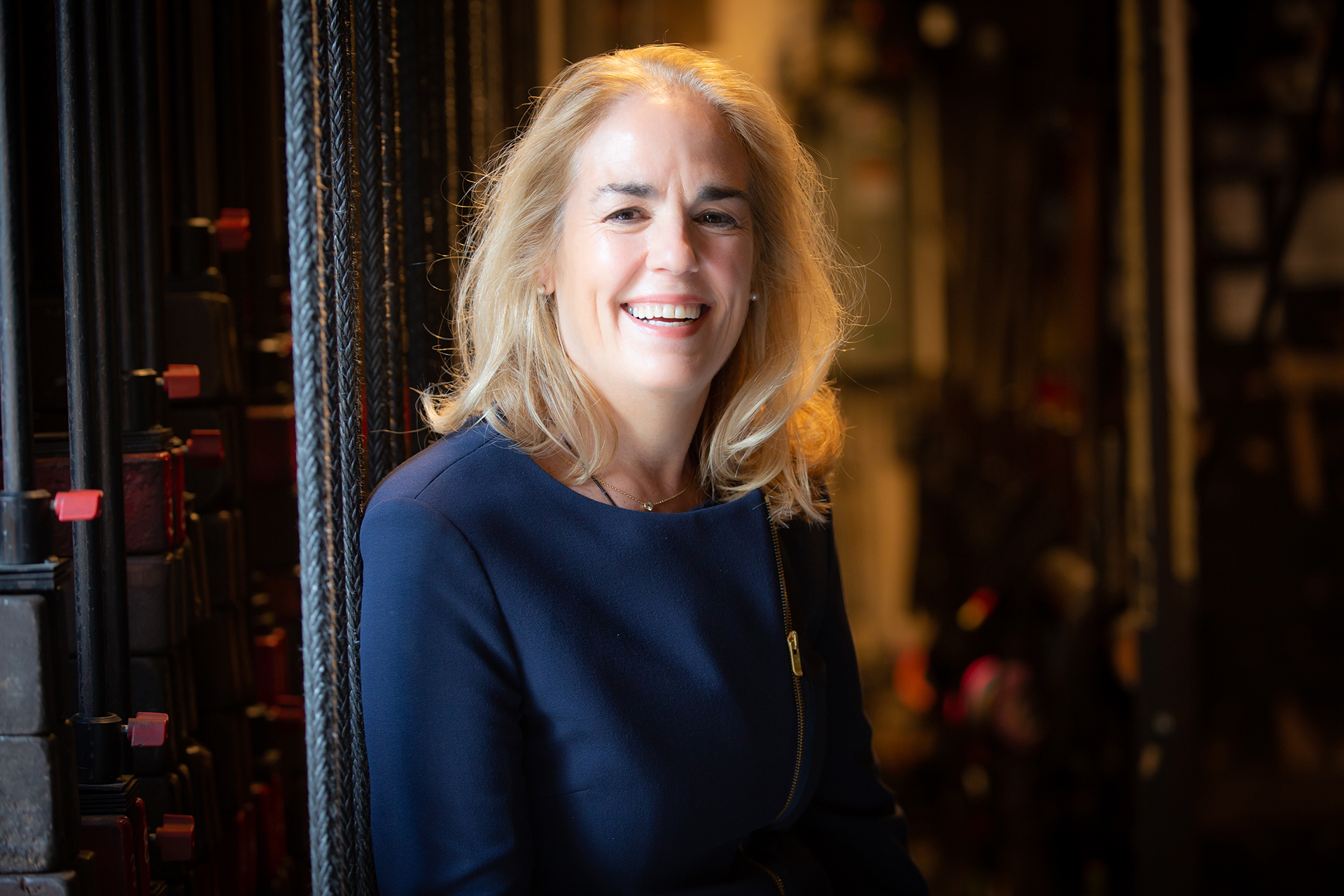 It is with deep sadness that I share the news that former Board President Leslie Kuenne passed away early this morning. Leslie was a wonderful wife, mother, and community leader.  Her time at McCarter showcases Leslie at her best.

Leslie grew up in a family with a rich history in the theatre and performing arts.  Leslie was devoted to her family and when her youngest son, Matthew performed in A Christmas Carol from 2008 through 2013, Leslie spent hours at McCarter bringing warmth and a sense of family to the production.  Her natural friendliness, kindness, and curiosity charmed everyone on the set and in the cast.

Following her years as a ’Christmas Carol parent’ Leslie joined the Board as a Trustee in 2012 where she served with grace and insight on several committees, eventually becoming Board President in 2016.  Under her leadership, McCarter completed the Campaign for McCarter, the largest fundraising effort in our history which provided financial stability for our future.  Initially hesitant to play a role in the Campaign, Leslie turned out to be a natural fundraiser and was instrumental in ensuring the campaign’s successful completion.

In recent years, her leadership and dedication to McCarter were highlighted at board meetings, in committee meetings, and in the countless hours she worked to help guide McCarter through some of the most significant changes in the theater’s history.   Under her leadership and with her guiding hand, the board hired Mike Rosenberg, our new Managing Director.  Leslie was instrumental in placing the theater on an exciting new course.

During her time as Board President, Leslie demonstrated her love for McCarter time and again.  She understood our role in the community through our work in local classrooms, for our audience and patrons, and in our support of artists.  She believed passionately in the power of art to change lives, by sparking conversations and addressing some of the most pressing issues of our time.  Her Opening Night speeches were always personal and delivered with a warmth all her own.

I am grateful for Leslie’s leadership, her friendship, her strength, and her grace. We all love and miss her deeply.