The Emily Mann LAB for the Development of New Work

What is The Emily Mann LAB?

The Emily Mann LAB for the Development of New Work is a year-round creative incubator that provides artistic and financial support to artists at all stages of their careers. LAB programming allows McCarter to take artistic risks in the interest of identifying and nurturing promising talent and new work for our stages. Consisting of readings, workshops, commissions, the annual Spotlight, and the Sallie B. Goodman Artist Retreat, LAB events are tailored to the needs of individual artists and many programs are open to the public, providing audiences with an exclusive window into the creative process.

LAB programs and performances take place on our main stages, in rehearsal rooms, and in the intimate, flexible 70-90 seat performance studio/rehearsal space located within the Roger S. Berlind Theatre.

Vanya and Sonia and Masha and Spike by Christopher Durang
A McCarter commission, our co-production with Lincoln Center transferred to Broadway in 2013; winner of Tony Award for Best Play; and the most produced play in the U.S. in the 2014-2015 season.

Anna in the Tropics by Nilo Cruz
McCarter’s production transferred to Broadway in 2003; winner of the 2003 Pulitzer Prize for Drama.

Crowns by Regina Taylor
Winner of four Helen Hayes Awards in 2004; McCarter’s production transferred to Second Stage Theater in New York; became one of the most produced plays in the country.

The Brother/Sister Plays by Tarell Alvin McCraney
McCarter’s 2009 production was co-produced by The Public Theater; in 2013, McCraney received the prestigious MacArthur Fellowship Award.

Protect the Beautiful Place by Nathan Alan Davis
Part of a new trilogy entitled The Refuge Plays by Davis (Princeton University Lecturer in Theater); 2018 LAB Spotlight Presentation in association with The Public Theater.

McCarter commissions playwrights whose stories, craft, and voices we believe in nurturing. Artists receive a commissioning fee, developmental support and an invitation to the annual Sallie B. Goodman Artist Retreat.

Princeton University/McCarter Co-Commissions: Song of Rome, by Lisa Peterson and Denis O’Hare; Me, Myself and I by Edward Albee; and Are You There, McPhee? by John Guare; and the Roger S. Berlind ’52 Playwright-in-Residence Program Commission (Naomi Iizuka, Sarah Ruhl, Christopher Durang).

McCarter, Princeton University and specifically, the Lewis Center for the Arts, have a shared history of unique collaborations, co-commissions and creative partnerships supported by the LAB. Highlights include:

The Migrations Plays - A partnership with the Princeton Institute for International and Regional Studies (PIIRS). Five artists are commissioned to write short plays inspired by research, seminars, and meetings with scholars from the PIIRS Migration community. The project explores the nature of migration, how it is represented and the ways it shapes the world. The plays will be will be presented publicly at McCarter in April, 2019. More

Readings - McCarter and The Lewis Center have collaborated on professional readings of Hodder Fellow NoViolet Bulawayo’s play BODY; Branden Jacobs-Jenkins’ GURLS, for the opening of The Lewis Center’s new arts complex; and Nathan Alan Davis’ (PU Lecturer in Theatre) The Refuge Plays in association with the Public Theatre. More

The Ground on Which We Stand - In 2016, The Lewis Center and McCarter jointly hosted a symposium celebrating the 20th Anniversary of August Wilson's foundational speech "The Ground on Which I Stand," exploring the legacy and relevance of Wilson's work and activism. More

The Every 28 Hours Plays - McCarter and The Lewis Center partnered in 2016 on an evening of 50 one-minute plays exploring police violence, inspired by the Black Lives Matter movement. University, professional, and high school-aged actors performed together for over 700 people.  More

From a small-scale workshop production to a festival of new play readings, the LAB Spotlight is an annual developmental event that affords playwrights and directors the opportunity to explore new work over a flexible rehearsal and presentation period.  More than a reading, yet not a full production, Spotlight projects can incorporate basic design elements or can be minimalistic in presentation. The Spotlight platform gives a project’s creative team and McCarter’s artistic staff the opportunity to see the work in front of an audience and patrons are given a first-look at the evolution of a new play or musical-in-progress. Artists benefit from immediate, live feedback —without the pressure of critics or a main stage premiere.

The Sallie B. Goodman Artists’ Retreat

Each year McCarter hosts the Sallie B. Goodman Artists’ Retreat, held at the Palmer House in Princeton. Since 2012, we have been hosting a diverse group of 10 to 12 playwrights each summer to spend eight days together in Princeton. A combination of established award-winning writers, mid-career playwrights, and emerging new voices are able to work in a uniquely supportive environment at their own pace on whatever inspires them—with no mandate. Past retreat artists include: Ayad Akhtar, David Auburn, Jason Robert Brown, Nilo Cruz, Lydia Diamond, Steven Dietz, Selina Fillinger, Branden Jacobs-Jenkins, Beth Henley, Ken Ludwig, Lynn Nottage, Tarell Alvin McCraney, Sarah Ruhl, Shaina Taub and Paula Vogel among others.

In the Writer’s Voice

“In the Writer’s Voice” features playwrights, composers, and lyricists who read or perform aloud short excerpts of their works-in-progress in an intimate cabaret setting. Through this program we cultivate new relationships with exciting theater artists and engage early in their creative process. The annual event also provides our audiences and donors with a special glimpse into the many phases of a creator’s journey.

McCarter’s LAB programs regularly feature works that explore and respond to social and political issues, and complex local and global current events. This provides our audiences—and artists—with an opportunity to participate in a vital dialogue through theater. Highlights include The Every 28 Hours Plays, Hoodwinked, and The Princeton & Slavery Plays. These events feature discussions with artists and audiences in conversation with scholars, community leaders, and experts on the topics at hand. 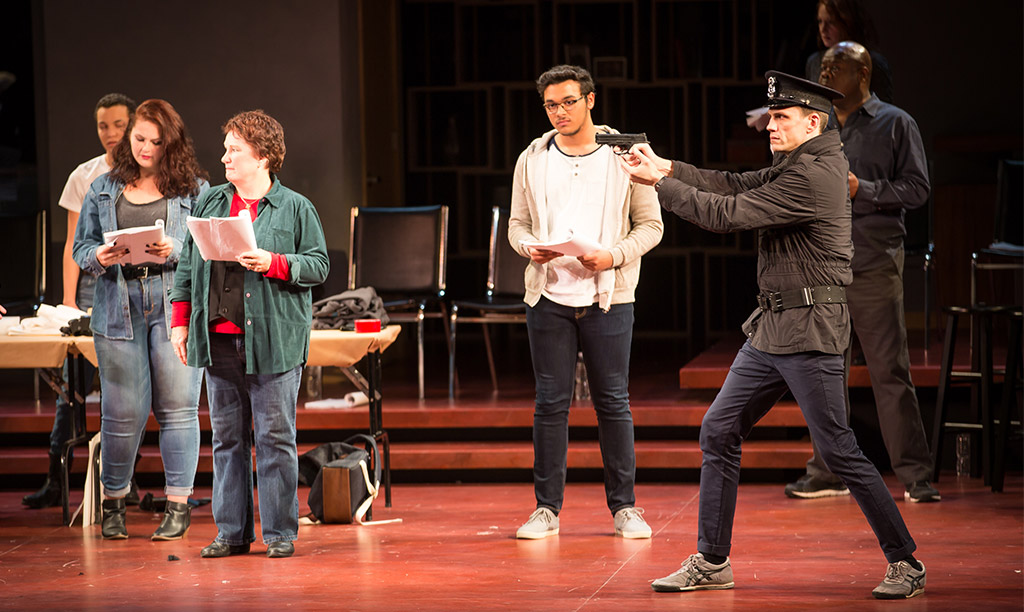 The Every 28 Hours Plays 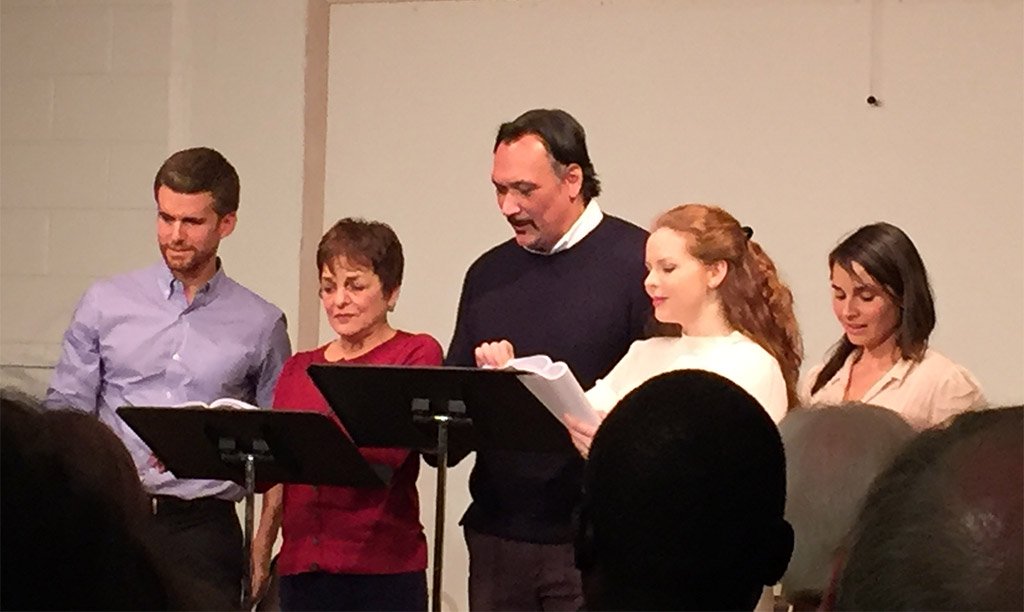 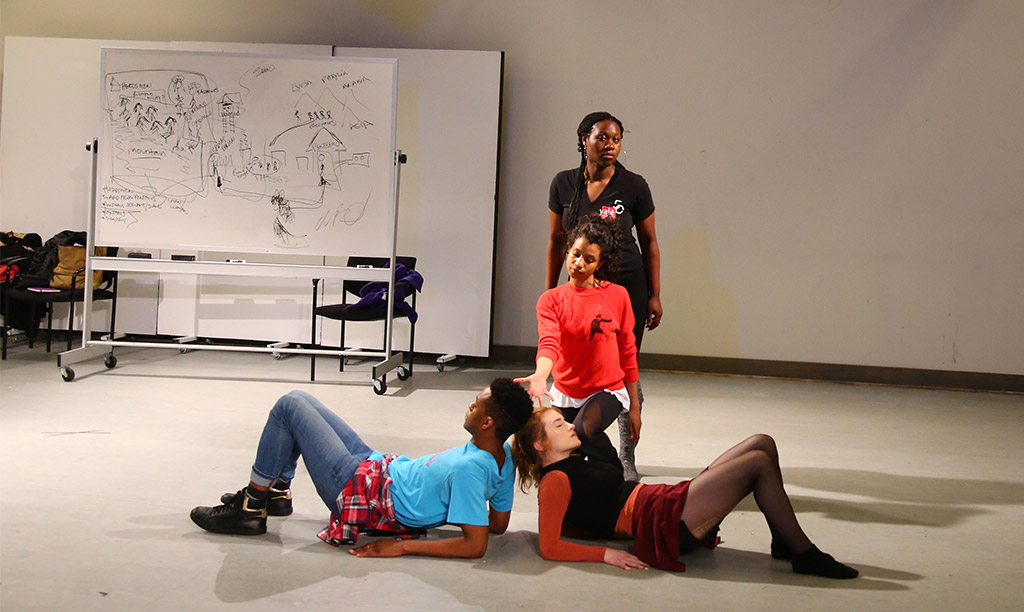 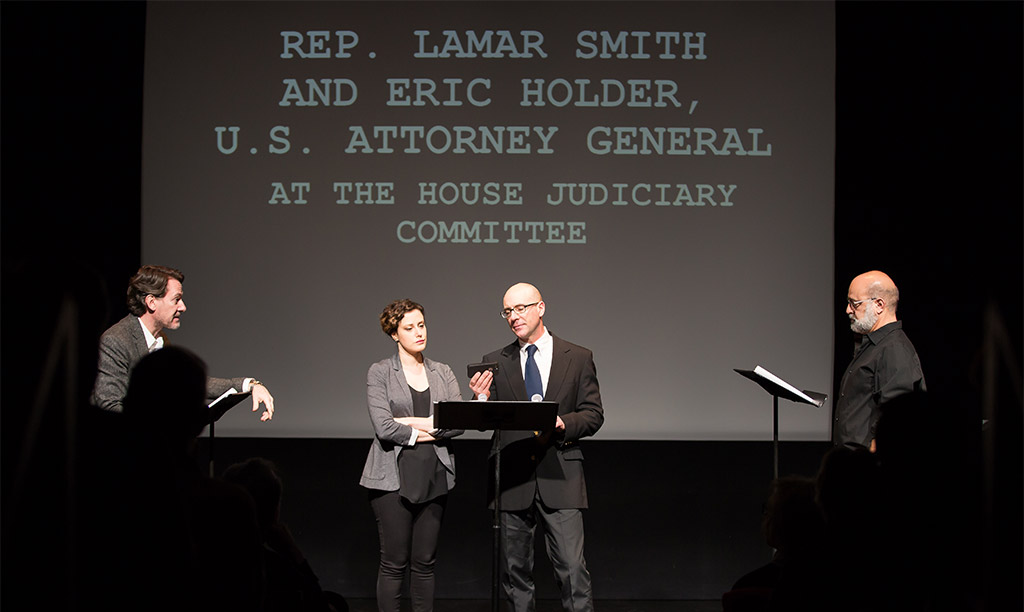 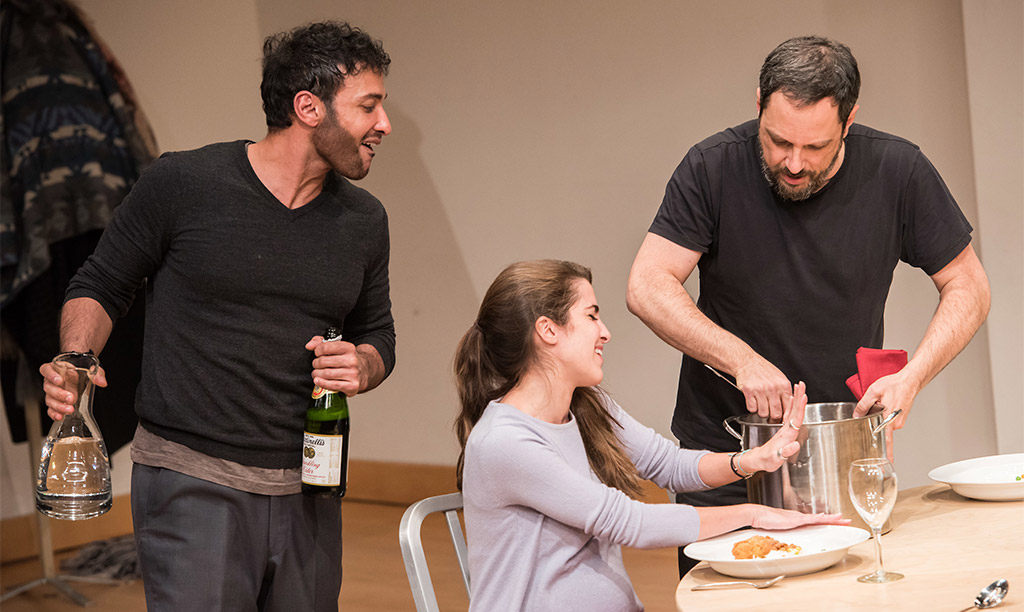