The Characters of Durang’s Oeuvre and Their Many Eccentricities 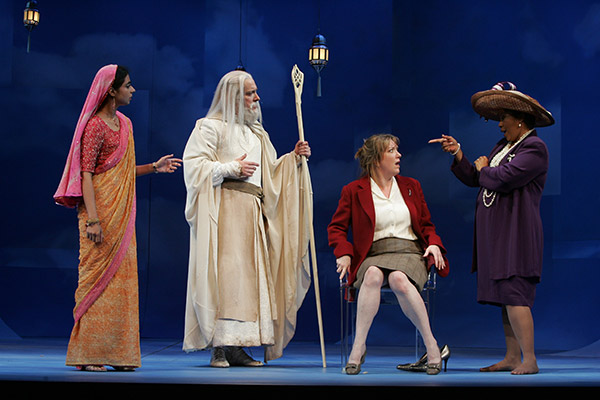 In an interview with playwright Marsha Norman, Christopher Durang proffers what goes into the construction of a well-made play, “…on the simplest possible level a play is a piece of machinery. Like a ski lift. Like an automobile. Like an airplane. All of which may be beautiful by themselves, but which have a single justifying purpose and that is to take you somewhere. In the case of the play, it must take you from where you are when you enter the theater, to where you are when you leave.”

If a play is an automobile, then characters are the wheels that make it go—and in Durang’s plays they are often a set of strange wheels that come together to drive his darkly absurdist comedies forward.
The Marriage of Bette and Boo, one of Durang’s earliest comedies that caught the fascination of audiences and critics alike, is a study of a deeply mismatched couple that creates a psychologically inescapable, if technically impermanent bond. Bette is a naïve but optimistic woman who won’t give up on her dreams of a large family despite a successive string of still births. Her husband Boo, though ultimately a sweet man, is an alcoholic whose non-confrontational air permits much of the dysfunction around him to persist. The marriage and divorce of these two characters are at the center of what is one of Durang’s most personal plays, and a prime example of one of the main sources from where he derives his characters: his own family. In his own words, Durang “grew up around LOTS of people with emotional problems, so you write about what you know.” Durang, not one to present theories on what makes comedy funny, finds humor in the “quirks of human nature and character.”

The comedy in his plays comes not from the problems that the characters face, but from their misbegotten solutions to those problems. In Miss Witherspoon, which premiered at McCarter in 2005 in association with Playwrights Horizons, the character of Veronica (called “Miss Witherspoon” by various characters because her soul feels like “some negative English woman in an Agatha Christie book who everybody finds bothersome”) is brought to the afterlife after committing suicide and throughout the play repeatedly refuses to reincarnate. The New York Times critic Ben Brantley refers to Durang as a playwright “who has turned the fear of practically everything into a series of scalding comedies over the past several decades.” Durang draws from those fears—his own and those of the national psyche—and voices them through characters like Veronica in Miss Witherspoon who is afraid of the end of the world; or Felicity in Why Torture is Wrong, and the People Who Love Them; who suspects that the stranger she just married may be a terrorist. 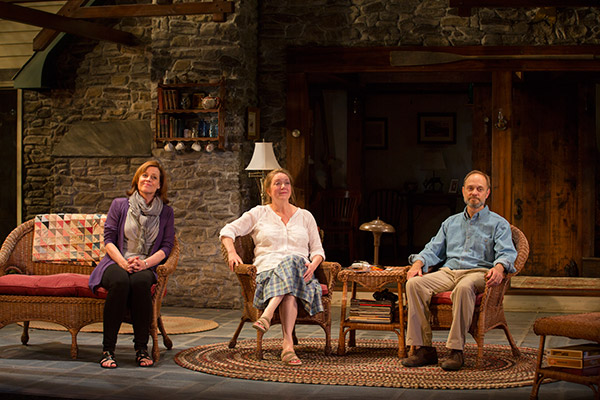 Members of the cast of Vanya and Sonia and Masha and Spike. Photo by Charles T. Erickson

The more satirical of Durang’s plays often engage with already established literary characters and tropes. He has said, “Good characters have some or all of the following: a particular way of speaking, things they think are funny, personal history, including grudges and passions, an occupation, size, gender and age, failures, secrets, ways of wasting time, delusions, weaknesses and dreams. They have a name and you should not start writing them until you know what it is.”

Character names, especially, play an important role in one of Durang’s most famous and recent works, Vanya and Sonia and Masha and Spike, which had its world premiere at McCarter in 2012. In this play, Durang takes many of the iconic characters from Anton Chekhov’s works, such as Vanya and Sonya from Uncle Vanya, Masha from Three Sisters and Nina from The Seagull, puts them into a blender, and spits out a smoothie that’s equal parts Russian melodrama and mid-twentieth century American family comedy. Their traits: Vanya’s steady mindedness and technological anxiety, Sonia’s overbearing and depressed nature, and Masha’s aging diva attitude, stem from Durang looking at their literary counterparts and asking, “What if?” As Durang often states, sometimes you have to “get out of the way of the characters” and let them do what they’re going to do. This is especially true for Vanya and Sonia and Masha and Spike, and for Turning Off the Morning News as well. 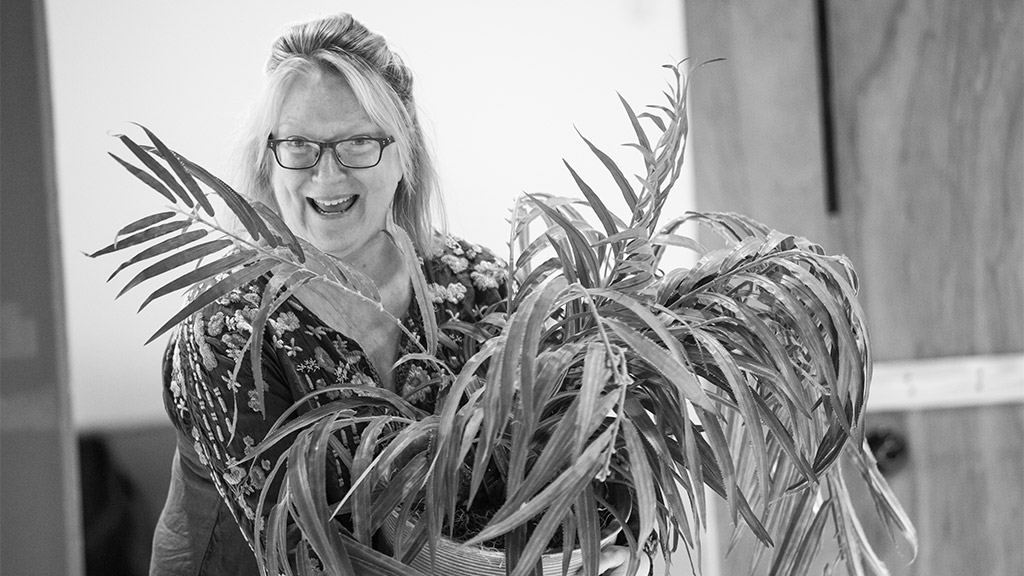 Kristine Nielsen as Polly in rehearsals for Turning Off the Morning News. Photo by Matt Pilsner.

The characters in Turning Off the Morning News are equally as eccentric as the characters in Durang’s previous plays. They are inspired by a variety of sources both personal and political, dark and light, dramatic and comedic. The New Yorker writer John Lahr quotes Chekov when discussing Durang’s characters: “Man will become better when we have shown him to himself as he is,’ Chekov noted. But Durang has disabused himself of any such idealism: the mirror that he holds up to nature is a fun house mirror.” Turning Off the Morning News points that funhouse mirror at the everyday family next door and in typical ‘Durangian’ fashion discovers a reflection that is both horrifying and hilarious.