Plays Scrooge in A Christmas Carol 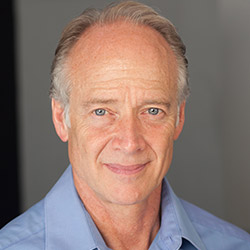 Charlotte Weber: Do you recall your first experience with A Christmas Carol?

Greg Wood: It’s one of my favorite stories. I remember as a young kid watching the Alastair Sim version and, to this day, every Christmas I watch that version of A Christmas Carol. I’ve even made both of my daughters sit through this movie with me. It’s an incredibly moving story: I thought so when I was 8 years old and to this day it still moves me every time I watch it.

Charlotte: Do you have a favorite part of the story?

Greg: My favorite part is when, after everything that happens to him and everything he’s seen, Scrooge gives Mrs. Dilber extra money and lets her take Christmas day off. I think it’s just really moving, particularly since we’ve seen Scrooge as a miserable, disappointed-in-life type of person at the beginning of the play. In that moment with Mrs. Dilber, it’s not just the spirit of Christmas, it’s really humanity at its best.

Charlotte: What do you think makes A Christmas Carol such an enduring story?

Greg: I really do think that at this time of year people feel more apt and more motivated to give and to think of other people, and that’s exactly what this story is about. You can live your life isolated from people and literally push people away, but as human beings we want to reach out to others in whatever way we can, whether that’s just giving somebody a hug or donating money, whatever it happens to be in your case. I think A Christmas Carol appeals to everyone’s better nature, everyone’s sense of what they would like to be. I think everyone sees themselves a little bit as Scrooge at the beginning, but people ultimately go: no, no, no. I need other people. I think that’s what the story is about.

Charlotte: What are you looking forward to about this production?

Greg: Well, just about everything—I love working with Adam [Immerwahr, the director]. I’ve known him for a long time so I’m excited to work with him again. I’m also thrilled by just the enormity of the project, how many people are involved, and the intricacies of the production—the sets and costumes. I’m excited to be a part of it.

Charlotte: What do you hope that the audience will take away from seeing the show?

Greg: I hope that for the duration of the performance, they can just allow themselves to be swept up in what we’re doing, for that time and even afterwards. I know this sounds corny, but there’s really something about the spirit of Christmas, the spirit of giving, the spirit of humanity, that gets to the essence of this show and is hopefully what the audience will take with them when they leave the theater. Maybe we’ll start a whole new generation of people going, “Oh I love A Christmas Carol! I saw it at McCarter when I was eight years old!”

I have seen a number of productions of A Christmas Carol, and I was in one a long long long long time ago—I can’t remember too much about it—but there’s something about doing this as a live theater piece which is more exciting and more involving than it would be simply watching it on television or in the movies. And with the Community Ensemble, the audience is literally a part of everything that goes on—I know that’s what Adam wants the audience to take away, and I feel the same way.

Charlotte: If you could choose to be visited by one of the ghosts, which one would you choose?

Greg: I don’t think I’d ever really want to see my future, I’d want that to be a surprise. So, I guess it would have to be the Ghost of Christmas Present because that particular spirit is showing how people celebrate this season and celebrate each other right now. I love Christmas, it’s my favorite season. I’d like to see how other people enjoy the season and how they choose to give back or spend time with loved ones.