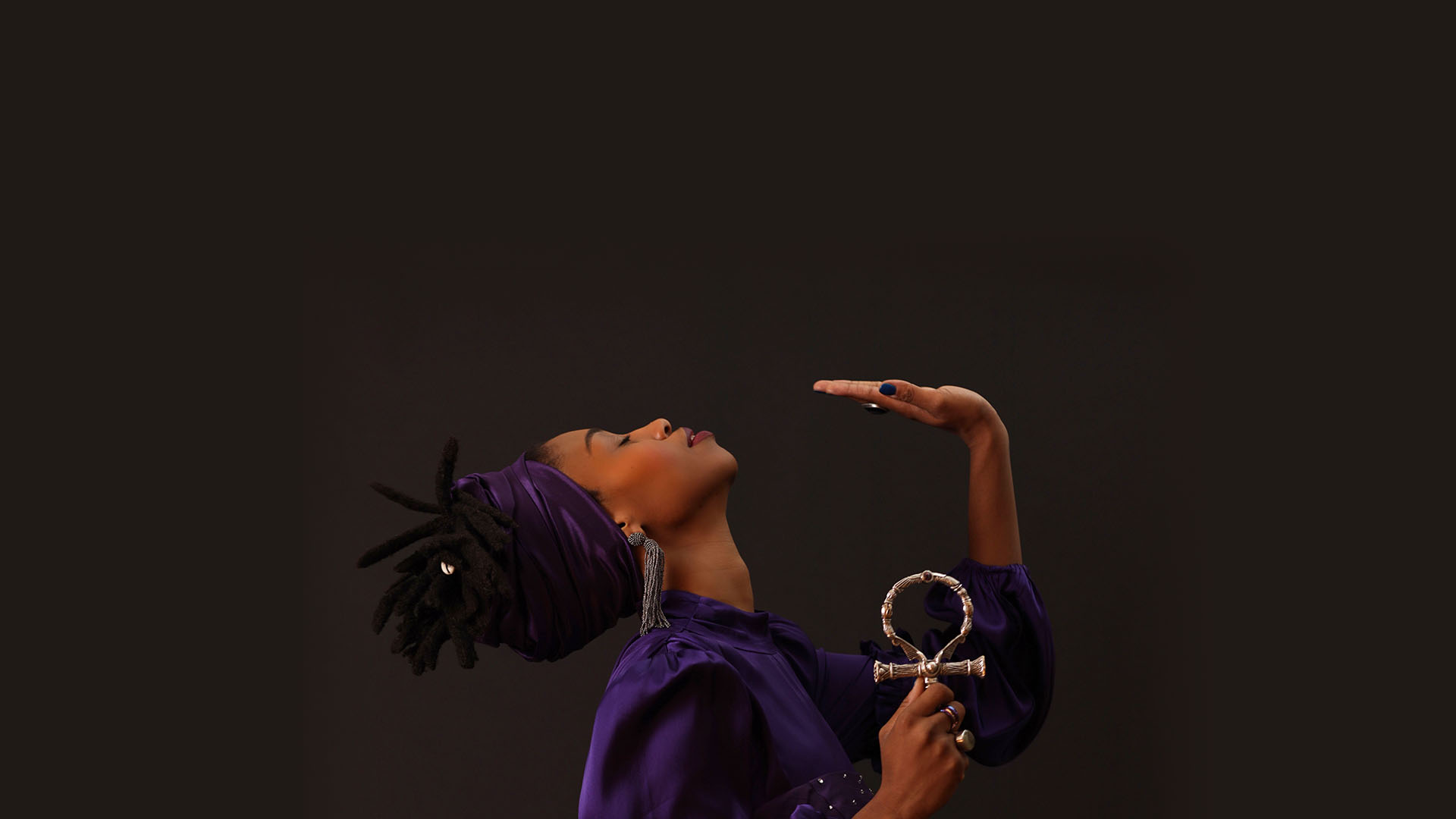 Her sound is explosive and bright and rich, catnip for audiences looking for boldness that’s still traditional.

Sublime vocalist Jazzmeia Horn has emerged as one of the brightest stars on the rise in the jazz scene, earning the adoration of audiences around the world.

Since releasing her Grammy Award-nominated album A Social Call in 2017, Jazzmeia has been busy on the road, honing her vocal skills to a finely tuned level, writing songs of personal relevance and social message, and perfecting a fearless approach to improvisation and performance. This drive and passion have resulted in what is sure to be called one of the most courageous recordings of 2019 —Love and Liberation— filled with songs of daring musicality, emotional power, and messages of immediate relevancy.

Musically, Jazzmeia’s original compositions and covers both breathe and bend jazz tradition, with tasteful touches of R&B and hip-hop, revealing a marked inventiveness and a love for a good melodic line that hints at what Ella Fitzgerald, Billie Holiday, Abbey Lincoln, or Nina Simone would have evolved into today. Jazz Album of the Week: Singer and Composer Jazzmeia Horn’s Gets Personal with Love and Liberation —WRTI