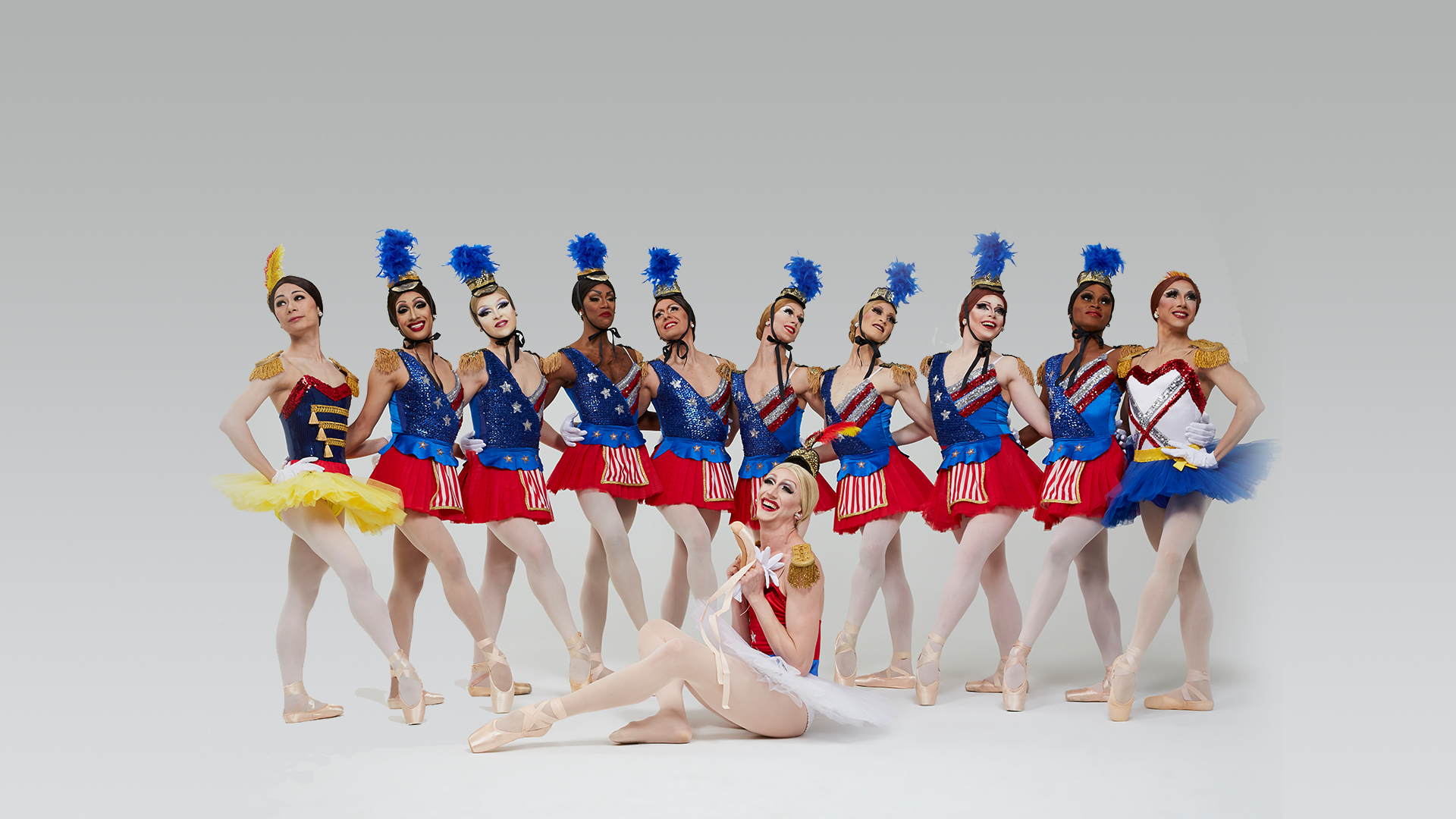 Founded in 1974 by a group of ballet enthusiasts for the purpose of presenting a playful, entertaining view of traditional, classical ballet in parody form and en travesti, Les Ballets Trockadero de Monte Carlo first performed in the late-late shows in Off-Off Broadway lofts. The Trocks, as the dancers are affectionately known, quickly garnered a major critical essay by Arlene Croce in The New Yorker which, combined with reviews in The New York Times and The Village Voice, established the company as an artistic and popular success.

By mid-1975, the Trocks’ inspired blend of a loving knowledge of dance, impeccable comic approach, and the astounding fact that men can, indeed, dance en pointe without falling flat on their faces, was being noted beyond New York; the Trocks are now a major dance phenomenon throughout the world.

Their comedy is achieved by incorporating and exaggerating the foibles, accidents, and underlying incongruities of serious dance. They dance the fine line between high art and high camp. Donning drag to perform their faithful (sort of) renditions that poke fun at the conventions of “serious” dance, they parody classical works from Swan Lake to Giselle and choreographers from Balanchine to Martha Graham.

What It Takes To Be A Ballerina In Drag

"The Trocks Delight With Fabulous Charm"
—The New York Times