Since the release of her debut album Moussoulou in 1989, there’s been no respite for the Malian singer Oumou Sangaré. Notable waymarks on her rich and fruitful journey include some of the most definitive recordings in the history of contemporary African music, all released on the World Circuit label: Ko Sira in 1993, Worotan in 1996 and Seya in 2009, the latter nominated for a Grammy in the Best World Music Album category. Numerous international tours and performances on prestigious stages such as the Sydney Opera House, London’s Queen Elizabeth Hall and Tokyo’s Nippon Budokan complete this roll of honour.

Timbuktu, the first release on her own Oumsang label, is the latest act in this unparalleled musical epic, one that World Circuit has become associated with once again. It consecrates this artist who rose up from the poor neighborhoods of Bamako to become a global superstar and universally admired feminist icon. With the powerful aura of a Grace Jones, black transgressive icon par excellence, Oumou has long since broken through the barriers that separate continents and musical styles. She was once invited by Alicia Keys to sing a duet on TV, and today, she gets held up as an example by artists as hefty as Aya Nakamura, who dedicated the song ‘Oumou Sangaré’ to her in 2017, or Beyoncé, who sampled one of Oumou’s most famous creations, ‘Diaraby Néné’, for her song ‘Mood 4 Eva’, which was included in the soundtrack of the film The Lion King: The Gift in 2019.

Join us for an intimate conversation with Malian GRAMMY Award-winner musician Oumou Sangaré before the show!

Behind the Scenes with Oumou Sangaré 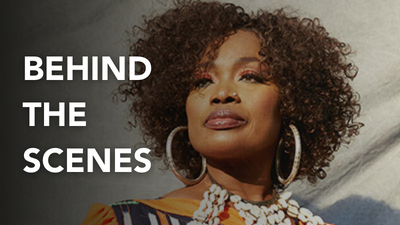