Behind the Scenes with Oumou Sangaré

Join us for an intimate conversation with Malian GRAMMY Award-winner musician Oumou Sangaré. One of West Africa’s most celebrated vocalists, Sangaré has collaborated with Alicia Keys, has been sampled by Beyoncé, and is praised worldwide for her powerful voice and commitment to the betterment of women.

This will be a unique opportunity to hear directly from a global icon on the intersections of music and activism. NOTE: the conversation will be in French with translation by Isabelle Chen.

About Olivier Tarpaga:  Olivier Tarpaga (USA/Burkina Faso), is the director of the African Music Ensembles of Princeton University. Tarpaga has performed and taught music and dance regularly in more than fifty countries throughout Africa, Europe, the Americas, Asia, and Oceania. Tarpaga’s music and dance works have been described as “unforgettable” by Los Angeles Times and “extraordinary” by The New York Times.

About Gavin Steingo: Gavin Steingo is Associate Professor in the Department of Music. His research interests include African music, sound studies, and music and philosophy. Gavin's first book, Kwaito's Promise: Music and the Aesthetics of Freedom in South Africa, was awarded the Alan P. Merriam prize from the Society for Ethnomusicology for the most distinguished English-language monograph in the field of ethnomusicology published in the previous two years. His new book, Interspecies Communication, is forthcoming from the University of Chicago Press.

This event is FREE to the public with RSVP. To RSVP please send an e-mail to music@princeton.edu with the subject “RSVP/Oumou Talk”

And don’t miss Oumou Sangaré in a rare performance at McCarter later that same day! 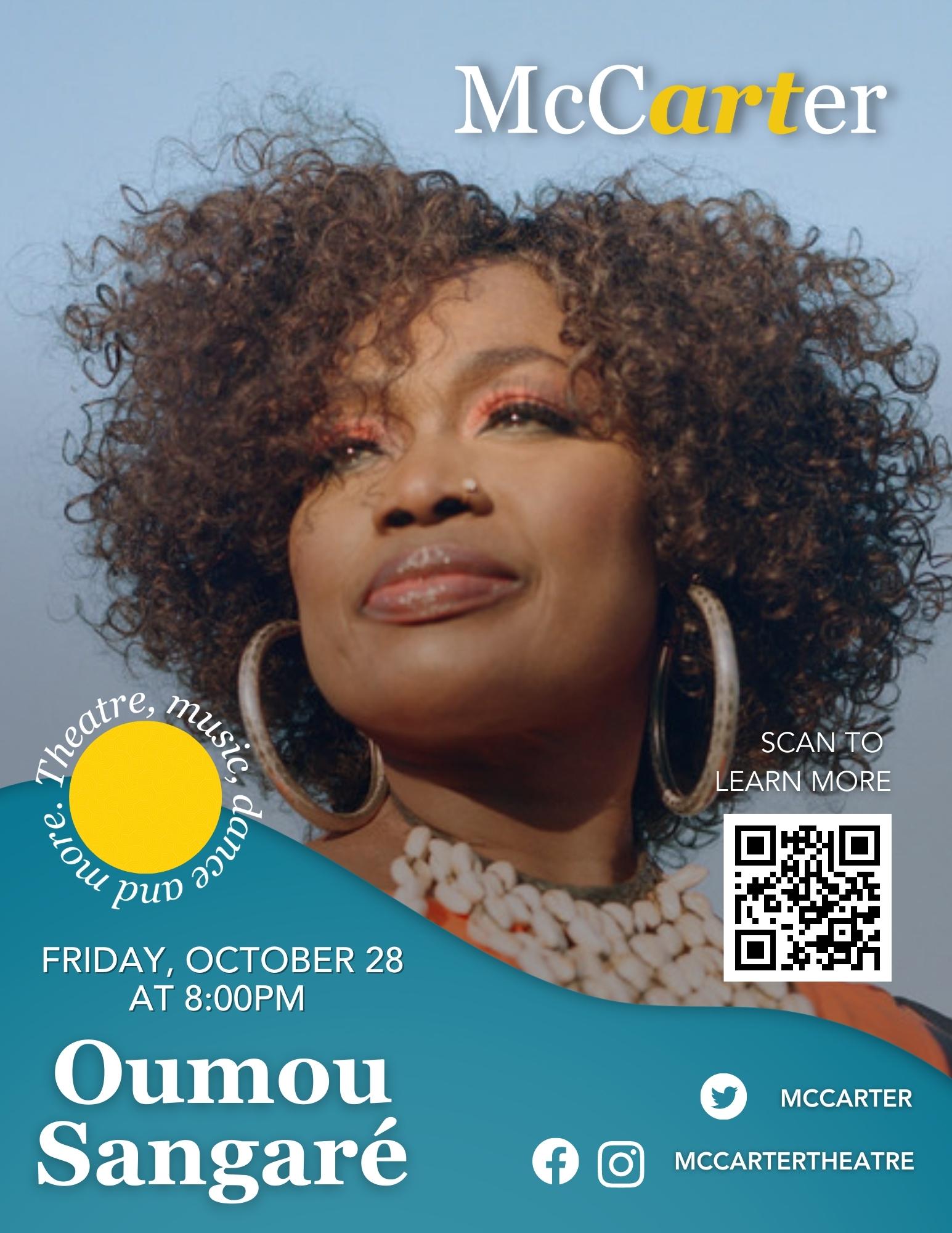